Welcome to the Blog!

It was such a treat to be back on the radio today despite being in somewhat of a fog! Thanks to Minda Zetlin for coming to the rescue by sharing some time with us to shed light on the potential repercussion of Brexit.

Cafe Talk: Call in to discuss whatever is on your mind.

1st Hour:
Top News
Historical times…
for the Cleveland, Ohio who finally got a winning sports team thanks to Labron James who lead the Cavaliers to a NBA Championship defeating Stephan Curry and the Golden State Warriors.

for the House of Representatives as Rep. John Lewis led the democrats in a disruptive 25 hr sit-in over gun control legislation. Republican leaders called the move a publicity stunt.

for the British as they voted to leave the European Union creating the acronym…Brexit.

What is Brexit?
“Brexit” is an abbreviated term that refers to Britain’s possible withdrawal from the 28-nation European Union. It is an adaptation of “Grexit,” a reference to a possible Greek exit from the eurozone.

The New York Times reports that those that were for staying in the EU claims it was a necessity for the country to remain financially stable, but still express their dislike for the organization’s decisions. Those for leaving feared for Britain’s identity and want immigration laws to become more strict,

The EU was created in the aftermath of the Second World War. The first steps were to foster economic cooperation: the idea being that countries that trade with one another become economically interdependent and so more likely to avoid conflict.

The next segment entitled, Brexit: What it means for Business, featured Minda Zetlin, Columnist for Inc.com and Contributor to Inc. Magazine. Go to marilynscafesociety.com for an audio snippet of our talk.

*TV Talk was very brief and highlighted the Arlington Heights teenager, Jack Aiello, who garned national attention after delivering a wickedly funny eighth grade graduation speech impersonating the 2016 presidential candidates. He appeared on the Tonight Show with Jimmy Fallon on Wednesday, June 22, 2016 but the show was preempted in the Chicago market due to extended coverage of the severe weather that hit the area. Go to nbc.com to view the entire show.

*Also, Greenleaf, Oprah Winfrey’s new television series debutted with more than 3 million viewers this past Tuesday on the OWN network. The series is about the various scandals and affairs of a bishop’s family in a Memphis megachurch, and it’s the media mogul’s first major scripted TV role in decades. The TV series was created by former Lost and Six Feet Under writer Craig Wright and executive produced by Winfrey, who also plays a recurring character, named Mavis McCready, who owns a music club.

*Passion for Fashion segment featured my report on mixing different patterns, prints and colors this summer. Listen to the entire segment called, “Matchy, Matchy Is Out for the Summer” on the radio show page on marilynscafesociety.com.

*Other entertainment news included the passing of Star Trek film series and franchise actor, Anton Yelchin; the reboot of the Ghostbusters movie theme song by the Fallout Boy and Missy Elliot; Adele’s latest album hitting the music platforms of Spotify, Tidal, and Apple Music; Mavis Staples, Argentine pianist Martha Argerich, musical group the Eagles, actor Al Pacino, and musician James Taylor to receive Kennedy Center Honors. The honorees will be celebrated at a gala on Dec. 3 that will be broadcast on Dec. 27 on CBS, which has aired the special each year since its debut 39 years ago.
Honorees are recognized for lifetime contributions to American culture through the performing arts – whether in dance, music, theater, opera, motion pictures or television. The event includes a celebration at the Kennedy Center Opera House, with salutes from other performers. President Obama and First Lady Michelle Obama are scheduled to attend, as well as receive the honorees at the White House.

That’s a wrap everyone! Be sure to follow me on Twitter @marilynscafesoc and http://www.Facebook.com/Marilyn&#8217; s Cafe Society.

Talk or blog with you again soon.
~Marilyn

I know you missed the show this past Saturday because as you discovered, the show did not air.  The next broadcast will be Saturday, June 18, 2016 at 1:05pm CDT. Here’s a “Passion For Fashion” tidbit to get you through the week. 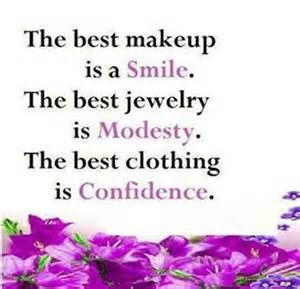 Okay. Shifting gears.  Sadly, we all heard the tragic news story about the terrorist attack on patrons of the Pulse Night Club in Orlando, Florida.  It’s being called the worst mass shooting in the United States in modern times.  A total of 49 people were shot dead and upwards of 50 more are wounded with 11 of them in critical or guarded condition.  What would cause someone to inflict such an heinous act on other human beings?  How did he get the kind of weaponry that was in his possession?   Why would 29 year old, American-born, Omar Mateen, purposefully kill and wound over 100 people in a matter of hours?

According to an U.S. official, the FBI is investigating reports that Orlando gunman Omar Mateen had been a regular at the gay nightclub he attacked and had used gay dating apps. The Associated Press reported earlier today that there are a number of possible explanations and motives for the bloodbath have emerged, with Mateen professing allegiance to the Islamic State, his ex-wife saying he was mentally ill, and his father suggesting he was driven by hatred of gays.   While all of the previously mentioned reasons from his shooting rampage is speculation and still currently being investigate, I believe that there’s absolutely NO reason for anyone to take the live of another human being.

We (human beings) were born to LOVE.  Don’t you know this?  We were made in our Heavenly Father’s, the great Creator’s image!  His image is an image of LOVE.  The Greatest command of all is to LOVE.  God is LOVE!  You don’t know who God is?  You don’t know what LOVE is?  Take some time to learn more about God and God’s ways.  He is Goodness and Merciful!!!  He is All Mighty!!  He is Powerful!!!  He is Love and so much more.

Be moved to take action because LOVE is action.  Petition your legislators to change laws and policies.  Seek to find the problems (poverty, disease, etc.) in the world that God would want changed for the better.  Teach the children about LOVE.  Give a handout and a hand-up!  Call Heaven down to Earth with your actions!  Surround yourself with other who are being constructive and blessings to others not destructive.  Correct others when their thinking or behavior is inappropriate and harmful.  You know when it is.  You feel it in your gut!  If its you, pray for a renewed mind if or when you begin to start thinking contrary to what God would have you think or do.  Ask for help.

I don’t mean to sound “preachy”.  It’s all just too much!  Aren’t you tired of hearing about these kinds of atrocities?  We act like there’s nothing that can be done.  I’m simply reminding you all that there is a lot that we can do.  Let us Pray and then take action everyone!  Peace!

Oh, again, thank you for the latest birthday gifts and cards.  I love the “Daily Inspiration” booklet for my desk!

Remember to check out the next radio show next Saturday, June 18, 2016; and visit the website at marilynscafesociety.com.

So you say that you missed this past Saturday’s radio show?  No worries. Here’s a recap:

Cafe Talk: Paper or Plastic?  Also, chime in on the passing of the great Muhammad Ali and Trinity Broadcasting Network’s co-founder, Jan Crouch.

1st Hour:
No Top News.  I basically talked about the interesting life of Muhammad Ali and his Chicago years.  You didn’t know that he lived in Chicago?  Well, he did.  He lived on the southside for several years in the late 1960s and early 1970s after refusing to be drafted into the Vietnam War.  He reportedly enjoyed a normal life during his stay.  In fact, Chicago is where he met and married his second wife as well as strengthened his ties to the Nation of Islam.  Muhammad leaves a legacy of strength, determination, confidence, athleticism, sportsmanship, charity, poetic expression, and so much more.

The next segment featured the founders and directors of Citizens Against Ruining the Environment (CARE). 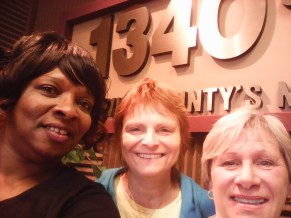 Here’s a picture of me with Ellen Rendulich (center) and Mary Burnitz.

We talked about their recent call to “Ban Plastic Bags” and quest to find volunteers to help with the research to support their position.  Listeners learned during our talk that plastic bags are not biodegradeable.  They photo-degrade which is a process that takes up to 1,000 years.  Every year, 15 billion pounds of plastic are produced in the United States but only 1 billion are recycled.  CARE believes that this is bad news for the environment and eco-system.  Of course, I talked about the reason that we as consumers were introduced to plastic bags in the first place and that was to “Save the Trees” and to “help protect the environment”!  What kind of game is being played here?!!!  CARE is seeking volunteers to help with additional research.  Join them Thursday, June 9, 2016 at 3pm for their first meeting at the White Oaks Branch Library in Lockport, Illinois.  Visit their website at http://www.willcountycare.org.

I closed the hour with an announcement from the Women’s Business Center in Aurora, Illinois.  They will be hosting their 18th Annual Early Childhood Education Entrepreneurship Expo on Saturday, June 18, 2016 beginning at 8am at the UIC Forum, in Chicago, Illinois.  Visit http://www.expo18.com to learn more.

*TV Talk was very brief and focused on the life and legacy of co-founder, Jan Crouch of the Trinity Broadcasting Network.  She passed away a week ago as reported by her son, Matt Crouch.  Jan and Paul Crouch founded TBN in 1973 and today the network celebrates a weekly viewership of 5 million just here in the USA. The network is now worldwide and has a television station or affiliate in just about every country in the world.  They both, indeed, accomplished and fulfilled the call of our Heavenly Father to go into the world to spread the good news of the gospel.  Their incredible legacy of doing just that while saving souls will live on.

Next up on TV Talk was the tease of the emotional interview that ABC’s Robin Roberts snagged with R & B singer Bobby Brown.  He talks about the death of Whitney Houston and his daughter, Bobbi Christina; his battle with addictions and much more.  The interview airs Tuesday, June 7th, 2016 on ABC.

*Passion for Fashion segment featured my report on going from the early morning commute – to the cold office- to the afterwork gathering with a simple A-line dress that offers a punch of color in a summery floral print.  Accessories are key in pulling this off.  A lightweight sweater for the chilly commute with a snazzy over-sized bag to store your other pieces.  Listen to more on the radio show page on marilynscafesociety.com.

*Shared entertainment news about Barbara Streisand’s scheduled appearance for the Tony Awards on Sunday, June 12, 2016 at the Beacon Theatre in NYC.  It will be televised on CBS.  This will be her first appearance at the awards show since 1970 when she got a special Tony.  Others set to attend include Oprah Winfrey, Carole King, Audra McDonald, Steve Martin and others.  James Corden, will make his debut as the host.  By the way, Barbara Streisand’s nine-city tour will kick off in August in Los Angeles, California.  Don’t you want to be there?

Again, for audio snippets of the show and for radio show updates, visit marilynscafesociety.com.

Again, thank you for the Happy Birthday wishes. Be sure to follow me on Twitter @marilynscafesoc and http://www.Facebook.com/MarilynsCafeSociety.

Talk or blog with you again soon.
~Marilyn