Hello and Happy Armed Forces Day!!!  I hope that you remembered to show love to those in the United States Armed Forces. 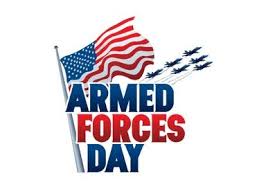 Well, did you have a good day?  I did.  I think.  You know, I’ve been feeling a bit lost lately.  Oddly, being in the radio studio helps me pull myself together to some degree.  I always enjoy presenting an interesting and compelling show to you with Soul’s, and now, Brianna’s help.  Today’s show was another good one.  Check it out!

Cafe Talk:  In the high tech world/society, do you believe that young people need to be informed and older people reminded, about the rules of dating?  Or, on how to be in a relationship in general?

1st Hour – This Day in History and Top News

So, because I’ve gotten lots of positive feedback on the expanded version of “This Day in History”, I decided to present the expanded version of the segment again this week. For example, on this day in 1927 Charles Lindbergh made history by flying across the Atlantic ocean.  We all remember the significance of this.  Right?  However, did you know that his mother was a High School Chemistry teacher who opted to go to work that day!  But wait!  There’s more!  Take a listen here.

In Top News, I reported on the potential of President Barack Obama’s birthday, August 4th, becoming a “Honorary” state holiday; A T & T union workers who are on strike due to contract disagreements; and shared an update on the tragic story of Semaj Crosby.  Click here for more details.

During Cafe Talk, Soul, Brianna, and I, shared our perspectives and offered some reminders as well as what may be considered “new” information to young people about dating and being in a relationship.  For example, write letters to each other; when dating go to your love interest home to pick her/him up (with flowers in hand) rather than just meeting somewhere; and leave the tech gadgets alone while in his or her presence.  We all agreed that taking time to truly learn to enjoy each other’s company and being fully present is key.  Wait.  You have thoughts on this too?  Good. Chime-in in comments section.

Were you aware that Simone Biles was voted off Dancing With the Stars?  Yes!  She was.  Everyone was shocked.  We talked about it during Entertainment Talk.  Also, American Idol producers recently announced that Katy Perry will be sitting at the Judge’s table; the Platinum selling R&B/Hip Hop singing group, Escape is reuniting in a special way; and many of your favorite television shows will be returning next season. For the audio, visit https://www.marilynscafesociety.com/mcs_radio_show.

Today’s Passion for Fashion segment, again, reflected what’s hot for this spring/summer 2017.  The Power of the Flower trend is carrying over from last Fall. Flowers here.  Flowers there.  Flowers everywhere— Even in this beautiful floral print dress that Soul is modeling in the above picture.  Also, bright, bold colors like fuchsia, yellows, rich blues, neons, and others will dominate this season!  I’m modeling a beautiful blue athleisure/jogging suit which by the way is back as a fashion trend this spring too.  Go here for more audio.

Before signing off today, we chatted a bit about the upcoming Bachelorette TV Show that will be premiering Monday night on ABC 7.  Despite not being big fans of the Bachelor or Bachelorette television franchises, we all agreed that “I” should be the one to tune in to see the very first African-American Bachelorette, Rachel Lindsay, attempt to find love via a television show and report back next Saturday with my comments. We’ll see if that happens.  Also, at the risk of appearing stereotypical or playing into a stereotype, I shared some fascinating facts about the vegetable called Watermelon. Yes, I said vegetable!

Lastly, Soulbalm Says closed the show with a beautiful poem.  You’ve got to take a listen.  Here’s the audio.

Hi All.  I hope that you all experienced a wonderful Mother’s Day!  My day started on a solemn note but got better as the day went on.  I made sure that I reached out to family and friends albeit mostly via texts because I had guests, etc.  I was treated to a delicious dinner and received lots of hugs and love.

So, did you miss the radio show?  If so, you missed a lot!  Take a read and listen…

Soul and I presented an extended version of “this day in history” highlighting the significance of Alice Paul in the Women’s suffrage movement; the great Dustbowl storm of 1934; and other significant events.  During the abbreviated version of Top News, we talked about the possibility of landline services going away as well as chimed in on the story about the Trump administration’s decision to do away with Michelle Obama’s anti-childhood obesity initiative, “Let’s Move”.    Take a listen.

We both then shared our response to the Cafe Talk question.  It seems we both are more interested in the time shared with our loved ones than actual gifts.  We, also, enjoy the element of being surprised with gifts too.  A few listeners chimed in on Facebook but didn’t go into great detail.  We then moved into the chat about the new concept of Self-Marriage or Sologamy.  Mostly milleniums are opting to marry themselves complete with a wedding ceremony and reception while waiting for the right one to come along. This truly left us both scratching our heads…but we’re not judging.  Would you marry yourself?  Chime in in the comments section.

Brianna Woolridge, the winner of ABC 7 Chicago’s Windy City Live guest co-host contest stopped by to talk about her awesome experience and to chat it up with us this hour.  Soul and I really enjoyed our time with her.  For the audio to her segment, click listen.

Marilyn in-studio with Brianna and Soul.

Okay, we all vibed so well together that Brianna came appropriately dressed for the Passion for Fashion segment {Fashion Trend-Wearing Dresses over Jeans) without even getting the memo!  Take a look.  Then listen here! 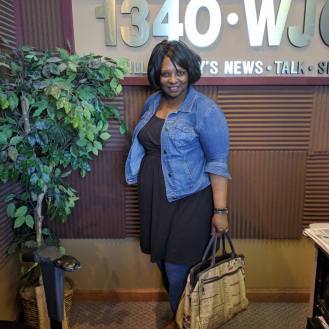 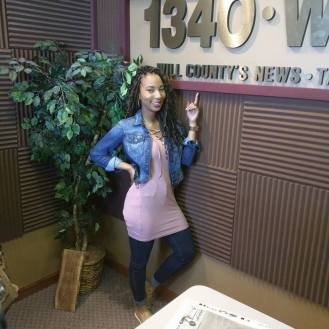 Soul, Marilyn, and Brianna dressed in the Dress over jeans fashion trend.

Okay, my friends.  That’s a wrap.  Soulbalm Says will return next Saturday so be sure to tune in at 1:05pm CDT for another edition of Marilyn’s Cafe Society.  Peace!

Hi there, I cannot believe that we’re 10 days into May already!!!  We’re just a few days away from Mother’s Day and the anxiety is trying to escalate.  Keep me, my siblings and other loved ones in your thoughts and prayers as we experience our first Mother’s Day without the physical presence of my mama.

My beautiful mother on Mother’s Day 2015

Well, Soul and I had a good time this past Saturday chatting it up and sharing news and other information with listeners.  We talked about the original purpose of the Eiffel Tower and other significant historical events that happened on May 6th.

Cafe Talk:  Would you mind your spouse or significant other having  breakfast, lunch or dinner with a friend of your same sex without you?  Why or Why not?

This segment was so interesting that moved the Cafe Talk segment to the second hour. Here’s what we tackled…

And sadly, reported that 16 month old Semaj Crosby was laid to rest on Friday and the house that she was found in went up in flames early Saturday, May 6th.

In Passion for Fashion, Soul and I emphasized how the blouse is the main accessory this spring/summer fashion season.  The colors, prints, cuts, styles are so varied and bold that all you need to do is match it with a pair of jeans, plain black pants, white or another solid color or even print for that matter.

Remember to join us next Saturday for another edition of the show.  Also, remember to follow me on Twitter @marilynscafesoc and Facebook at Marilyn’s Cafe Society.  And, Soul on WordPress at souliciouswe.wordpress.com.

We closed out the month April by recognizing it as National Child Abuse Prevention and Awareness Month.  Sadly, we focused on the local story of 16 month old toddler, Semaj Crosby, who was reported missing and was later found deceased in her own home.

Community activist, producer, and songwriter, Steve Broadway, joined me in-studio for the first hour of the show to share what he saw and experienced while on location during the 3-4 day ordeal.  Here’s how the show flowed…

Cafe Talk:  What are you doing to prevent and raise awareness about child abuse and neglect?

The Good—A government shut down has been delayed another week.

The Bad—Conflict between North Korea and United States moves from a simmer to brew.

After reporting on the Semaj Crosby story with Steve, I shared stats on children who are abused and neglected in the United States.  I also reminded listeners about what exactly child abuse is and the different forms of abuse.  Click here for the audio.

Cafe Talk:  What’s your favorite dance, past or present?

In this hour, I continued talk on Child Abuse Prevention and Awareness by sharing five (5) strategies to implement help.  And ended the hour with latest DWTS update and announced the Windy City Live (on ABC 7 Chicago) contest.   Go to https://www.marilynscafesociety.com/mcs_radio_show for more information.  Soul will return next Saturday with another edition of Soulbalm Says.

Continue to have an awesome week everyone.