Hello friends.  What’s happening?  Are you exuding the attribute of zeal? Awaken your senses!  Become excited about your life!  Allow yourself to experience Joy!!   Share on this post or find me on social media and let me know how you’re doing.

This Saturday’s show was another short one and I flew solo.  Here’s the recap…

Cafe Talk:  What have you eaten in the last 24 hours that you know wasn’t healthy for you?

On this day in history…

* 1913: Henry Ford’s entire Highland Park automobile factory was run on a continuously moving assembly line for the first time.  Prior to this, automobiles were produced at a rate of only a few a day.  The new moving assembly line improved production from 12 1/2 hours to just 2 hours and 40 minutes (and ultimately 1 hour and 33 minutes) boosting annual output to well over 200,000 units a year.

Since the late 1990s, the Motion Picture Assn America film ratings have been as follows:[3]

If a film has not been submitted for a rating or is an uncut version of a film that was submitted, the labels Not Rated (NR) or Unrated (UR) are often used.

If a film has not yet been assigned a final rating, the label This Film Is Not Yet Rated is used in trailers and television commercials.

*Also, another hurricane (Nate) is expected to hit the U.S. Gulf Coast.

I kept Café Talk light to get our minds off the devastation.  Some Facebookers and a few callers chimed in sharing chocolate, candy, etc.

We didn’t have time for Entertainment Talk this week.

However, before signing off, I reminded everyone about the upcoming 10th Annual Christmas Celebration broadcast on Saturday, December 2, 2017.  You’ll meet one of the singers next week so be sure to tune in.

Finally, congratulations to Jacqueline L. of Joliet.  She was the winner of the first of the 12 Saturdays til Christmas Gift bag give away.  Again, tune in next Saturday for your chance to win.  The audio for this broadcast will be posted as soon as possible.

So much has happened in the world and the United States in the past few weeks.  I hope you’re doing well in your own private lives.  Have you considered how to process all that has happened?  Well, my in-studio guest for this Saturday’s show stopped by to share some interesting, common-sense ways to protect our mental health.  Here is everything that you missed…

Café Talk:  Has the current issues and news been overwhelming for you? What’s bothered you the most?

1st Hour– This Day In History and Top News

The fabulous Kay Bolden–Author, Travel blogger, accidental Farmer, and former CEO of Warren-Sharpe Center joined me in studio and helped present the “This Day In History” segment.  Below is a brief version.

* In 1846, a dentist in Charleston, Mass., William Morton extracted a tooth with the aid of an anesthetic — ether. It was the first time an anesthetic had been used to extract a tooth.

* In 1962, in an effort to desegregate the University of Mississippi , James H. Meredith, an African American, was escorted onto the campus by U.S. marshals.  This action set off a riot in which two men died before violence was quelled by more than 3,000 soldiers. Meredith enrolled the next day.

*  In 1993, a 6.2-magnitude earthquake struck India’s Maharashtra state, killing nearly 10,000 people. And some 30,000 were injured. The disaster primarily affected the Latur and Osmanabad districts.

For audio, go to www.marilynscafesociety.com.

On Tuesday, Twitter representatives announced that the microblogging site will be testing a 280-character limit for tweets, doubling its current 140-character standard.  A small selected group of tweeters are currently testing the expanded space.   The Twitter product manager, Aliza Rosen, and senior software engineer, Ikuhiro Ihara, wrote, “Although we feel confident about our data and the positive impact this change will have, we want to try it out with a small group of people before we make a decision to launch to everyone.”

Kay and I handled Cafe Talk by sharing Facebook posts and by referencing her article in the Times Weekly Newspaper that addressed the topic at hand.  There she wrote about the stress that news, events and too much information can have on us and ways the experts said we should handle it.  Here’s a couple…

• Limit the time we spend on news and social media. Recalibrate settings on Facebook so political posts don’t rise to the top every 5 minutes. Stay informed, but don’t get bogged down in online arguments.

• Plan and focus on things we enjoy, whether that’s taking a walk or reading a romance novel. It may be escapism, but it gives the brain a rest.

For the full article and tips, go to thetimesweekly.com.

I must admit that Entertainment Talk was a bit sketchy as I didn’t have time to watch television this week.  Nevertheless, I pulled out all stops to bring it to you.  DWTS on Monday night was dynamic.  Couples in jeopardy were Cheryl and Terrell Owens; and the Shark, Barbara & Keo.   Sadly, Barbara was voted off.  On Tuesday night, which was Latin Night and Caliente;  Debbie Gibson voted off.  Nick Lashay & Peta were in jeopardy too.

*This is Us Season 2 premiered this week and set a new high for the TV series in the key demographic, according to a new report by Nielsen overnight rating report.

*Season Premiere of SNL is tonight with Ryan Gosling as host and Jay-Z as performer. For more details, click here for audio.

The Passion for Fashion segment featured…Denim and More Denim. 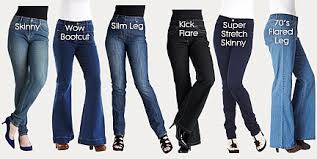 For the rest of second hour talk, be sure to visit marilynscafesociety,com.

Hello.  It’s high school football season so expect some preempted or shorter shows during the next few weeks.  This was one of the show’s that was short.

Comedian, Rashad Clarke joined me for this one (1)  hour show.

On this day in history…

* 1934: The Detroit Lions plays its first NFL game the team was formerly called the Spartans and was located in Ohio.

Rashad shared that the KO happened in the 13th round.  And Rocky went on to be the only heavyweight champion in boxing history to retire without a defeat or draw as a professional boxer.

*Natural Disasters happening around the world, earthquakes in Mexico and the 3.6 magnitude quake that hit California; tropical storms and hurricane Harvey, Irma, Jose, Katia, Lee (fissiled out), and now Maria in the Atlantic (Caribbean Islands), Gulf Coast, and Eastern Coast of the US..  Prayers out  to all those affected.

I shared that my favorite sport was Football!!!  I know.  Some of you no better and are probably scratching your head right now.  And, you should be!!!  Rashad reminded me and everyone listening that my favorite sport is actually Basketball!!!  You see, he and I had been talking about Football prior to the show and so, Football was on my brain.  LoL (Laughing out Loud)   Anyway, I’m excited about the NBA season starting in the 2nd week of October.

I talked about Sylvia Fowles being named the WNBA’s 2017 MVP.  She received 35 of a possible 40 first-place votes, finishing ahead of New York’s Tina Charles (three first-place votes) and Los Angeles’ Candace Parker (two). She is also the second Lynx player to win the award, following Maya Moore (2014).

It’s been reported that the Lynx center has had her nose broken once, had it bloodied a handful more times. Along with being elbowed, pushed and shoved seemingly more than anyone else in the league.  So this makes this MVP win all the more sweeter.  If the name sounds familiar, yes, she played with the Chicago Sky for 7 seasons before being traded to Minnesota.

The WNBA finals will start tomorrow.  It’s the LA Sparks vs. Minnesota Lynx in Minnesota.  Sunday at Sunday, Sept. 24th at 2:30pm CDT on ABC.

Rashad shared that Football is indeed his favorite sport.  His favorite team is the Chicago Bears.  He and his comedy colleague, Brandon Andresen, talked about the Bears, the Colin Kapernick situation, and Fantasy Football.

*DWTS premiered Monday and will be back on next Monday and Tuesday with an elimination each night.

* The Voice,” which has won three Emmys for Outstanding Reality-Competition Program, returns with the strongest vocalists from across the country invited to compete in the blockbuster vocal competition show’s new season.

Before signing off, Rashad let everyone know that he’ll be performing Saturday, October 7th, 2017, 8 pm at 12 Handles in Crest Hill, Illinois.  Show up and support.  This is not a free event.

Be sure to tune in next Saturday for another edition of Marilyn’s Cafe Society Radio Show.  The audio for this broadcast will be posted in next day or two.